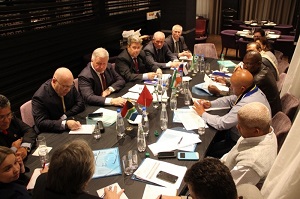 BRICS Labour and Employment Ministers’ meeting (LEMM) held on January 25-26, 2016 in Ufa, was the last official event under the Russian presidency in BRICS which already in February should be taken over by India.

LEMM was held at the initiative of Russia and became the first such meeting in the history of this group of countries. The invitation to trade union and employer representatives to take part in the meeting reflects the significant progress achieved in promoting social dialogue within BRICS on a tripartite basis.

From the Trade Union Forum side the meeting was attended by representatives of seven national federations from all five BRICS countries.

In his opening address, the Minister of Labour and Social Protection of Russia Mr. Maxim Topilin said that the meeting’s agenda includes the issues of legalizing labour relations and social security, which in turn should lead to an increase in formal employment.

Ensuring employment is a key area for BRICS countries, the minister said. According to him, the informal employment issues are quite serious for the participants in the meeting. Mr. Topilin also pointed out that BRICS countries should be taking all measures to involve more people in the system of social, unemployment and pension insurance.

As stated by the president of the Federation of Independent Trade Unions of Russia (FNPR) Mr. Mikhail Shmakov in his address to the meeting, 20% of the economically active population in Russia work illegally, and this has a negative impact on the economic development of the country. According to him, it results in the shortfall of budget revenues, reduced tax and insurance contributions.

On behalf of BRICS Trade Union Forum the FNPR president proposed that consideration might be given to setting up of a separate Working Group, or entrusting the inter-ministerial Working Group on Employment, newly established by LEMM, with the development of tripartite social dialogue within BRICS.

The opening session of LEMM was also addressed by the ILO Director-General Mr. Guy Ryder who declared readiness of his organization to render BRICS countries technical assistance in the development of their economic policy. In addition, he proposed to pay special attention to youth employment. According to the ILO projections, the unemployment rate will increase by 3.4 million over the next two years which, according to Mr. Ryder, should motivate states to action. The ILO Director-General expressed hope that the meeting in Ufa would lead to concrete results.

The ministerial meeting resulted in the signing of the Declaration, which stresses that "Formalization of labor markets is a global priority and a priority for BRICS countries. Informality constrains our productivity, potential economic growth and efforts to improve the wellbeing of our people. Strategies to facilitate the transition to formality could include incentivizing employers and supporting workers who seek employment in the formal economy and strengthening labor inspection and enforcement," – the document says.

The official part concluded with a final meeting of the Trade Union Forum delegates during which they discussed preliminary results of the ministerial meeting, preparation for the next BRICS Trade Union Forum in India and adopted the Joint Communiqué.

The next BRICS Labour and Employment Ministers’ meeting is scheduled to take place in India. 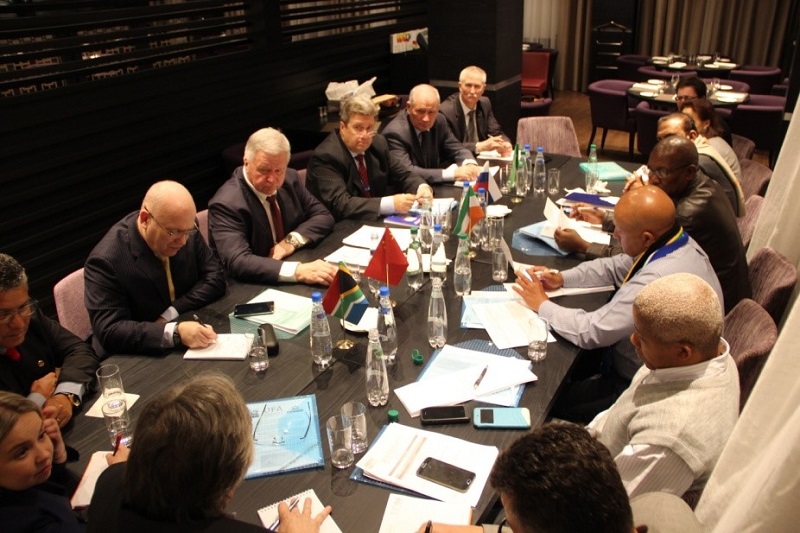